Home >  Blog >  Great Leaders Spend Quality Time With Their Staff, It's a Sound Investment.  Here's How!

A critical component of effective leadership is the professional relationships leaders create with their direct reports. The stronger the relationship between the leader and the direct report, the higher the likelihood of success.

Although many people may agree that relationships between leaders and direct reports are very important, they do not always act on it. Many leaders – more than I can count – have either said to me – or conveyed through their actions – that they do not have enough time to meet with their people on a regular basis. Sometimes they’ve even challenged me to follow them throughout their typical day to prove that they are right. 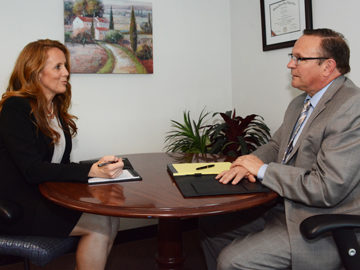 On one occasion, I remember taking one person up on his challenge. And although he was most definitely busy, I did find chunks of time where he could have (in my opinion) easily met with one or more of his direct reports. I not only pointed out to him those chunks of “free time” he had available, but emphasized to him what I believe was a real hard truth for him to hear: Finding time, scheduling time, and meeting with his people was not a high priority to him. I went on to say bluntly to him: If you cannot make the time to meet with your direct reports, then you are not a good leader. Sometimes a frank discussion is awkward on both sides of the table.

In response to their time objections, I often outline for my clients this scenario: What if you received a telephone call from your state lottery office (a legitimate call that is) informing you that you won $5,000,000. However, the only caveat to receiving this money is that you must drive to the lottery office and be there within the next hour to obtain the check or you would lose it. Would you find the time? Does that become a high priority? Usually they just smile at me.

I am often reminded of the importance of leaders spending quality time with their people. One afternoon, I had been working with one of my top Sales Executive clients (Mark). During our first month of work together, Mark and I hatched out a specific plan for each of his 6 Directors which included the goals he’d like them to achieve, the plan to achieve those goals, and times when Mark could individually meet with them. Mark also worked on the benefits and rewards each of his Directors would achieve once those goals were achieved. During our first month of work together, Mark was making phenomenal progress with his people in the way of more meaningful communication, increased motivation, shared excitement, and the achievement of short-term goals.

Shortly into the second month and before my next scheduled meeting with Mark, an interesting situation arose. As Mark came into the office, he had a puzzled look on his face. He expressed to me that two of his Directors were visibly disappointed with him when he (Mark) had to postpone the regularly scheduled meetings he had planned with them. Evidently Mark was pulled away by his own boss to be present at an urgent executive meeting. Although Mark explained to these 2 people that he had to go and they clearly understood, they still expressed a sense of disappointment.

As unprofessional as it was, I started to snicker. I then explained to Mark that in our work together (i.e., Mark and I) to enhance team performance, cohesion, and morale, we focused on the importance of Mark spending quality time with his people and carving out regularly scheduled one-on- one professional development meeting time with his top Directors. I also emphasized to Mark that he was doing a great job in this area and reaping instant results in such a short period of time. What Mark didn’t fully realize though was how much his Directors truly looked forward to these meetings and how much it meant to them. A very valuable connection had been made.

Granted, there are times when situations do arise when meetings have to be rescheduled. The problem though is when these meetings continually get pushed to the back burner and the meetings that were once regular become irregular and eventually non-existent — the leader has to work harder and smarter to re-fit all the pieces into a meaningful pattern again. It’s not easy, but it can be done.

As we are discussing here, one of my rules in my work with leaders is that they must schedule and spend quality time with their people.

Leaders must understand the real business they are in is the relationship development business. And relationships are developed and strengthened by the leader’s ongoing initiative.

Here’s How:  It all starts with a leader’s determination, taking a vested interest in an employee’s potential for success, and a calendar.

Banner Photo Credit – thanks to Unsplash.com for receiving permission from their clients to share their images.

Other Photo Credit(s) – image is from Dr. Bob’s photo library, shot by Chris Kisiel, Tasher Studio of Photography in Woburn.

Start now, take your career or team to the next level. It’s up to you!

Dr. Bob has proven experience in a broad range of industries working with executives and leaders from corporations, non-profits, educational institutions and motivated individuals.

> The First Move in an Effective Job Search Is to Search Out Who You Really Are. Here’s How!